Bill Niland, President and CEO
Chronic pain in the lower back is a health problem as old as time itself. The earliest surviving surgical text on back pain is thought to be the ancient Egyptian Edwin Smith papyrus, which dates from around 1,500 BC.

Unfortunately, advances in modern medical technology for lower back pain have not been as dramatic as other fields of medicine like infectious disease or cardiovascular care. The National Institute of Neurological Disorders and Stroke (NINDS) reports, “540 million people are suffering from lower back pain at any given time, and these back pains are one of the major driving factors of disability worldwide.” While a slew of injections, surgeries, and opioids attempt to bring a check to this health issue, the instances of people agonizing over chronic lower back pain continues to rise, “and so does its associated healthcare costs,” asserts Bill Niland, an acclaimed innovator in the med-tech realm who is now the president and CEO of ReGelTec.

He enlightens, “the treatment of lower back pain is one of the most expensive healthcare services today with direct medical expenses and indirect costs such as lost work time estimated to exceed $50 billion annually.” That being said, lower back or spinal surgeries can come with numerous complications. To eliminate such risks that can have prolonged health effects on a patient, ReGelTec, a pre-clinical medical device company led by Mr. Niland, is breaking through the noise in a cluttered healthcare market by introducing a percutaneous alternative to expensive spinal surgeries.

ReGelTec is developing the next-gen of interverbal disc implants to alleviate lower back pain. The company’s core offering, HYDRAFIL™, is a percutaneous disc augmentation treatment— delivered via a 17-gauge needle—to treat degenerative disc disease. The HYDRAFIL™ solution is heated and injected into the nucleus of an intervertebral disc. As the HYDRAFIL™ cools, it solidifies as a homogenous solid mass between the vertebrae to eliminate pain. Since the implant is a hydrogel that has mechanical properties similar to the normal disc tissues, it helps restore the natural biomechanics of the disc and improve spinal alignment.

This innovative treatment technique is the brainchild of Dr. Anthony M. Lowman, co-founder, and CTO of ReGelTec, who has spent the last decade in developing a hydrogel that exhibits two significant features required for commercial success: replacement of nucleus with a biomaterial that will not expulse from the disc and a percutaneous delivery method. On that note, Niland exclaims, “We are at the cusp of changing people’s lives and impacting it in a big way.”

At the core of its success is ReGelTec’s team of proficient executives and research scientists that are resolute in proving a non-surgical option to lower back pain patients who fail conservative care. Driven by this conviction, in less than a year, ReGelTec has developed a robust patent portfolio, completed bench and large animal proof-of-principle testing and raised seed funding of $2 million. Looking ahead, ReGelTec is raising a Series A round to fund its early feasibility clinical trial in Colombia which is expected to start in early 2020. With a vision to eliminate pain from degenerative disc diseases without performing invasive spinal surgeries, ReGelTec’s ultimate strategy to climb the success of the healthcare ladder has begun. 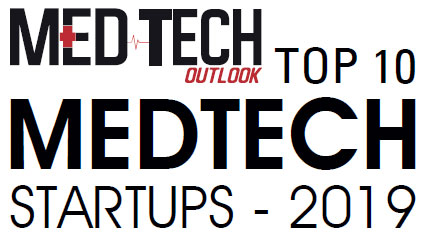 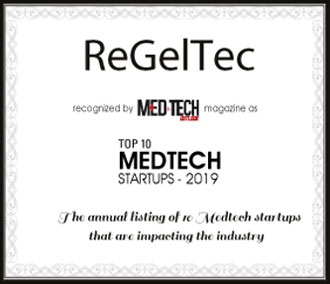 Description
ReGelTec, a pre-clinical medical device company, is developing the next generation of spinal implants for lower back pain and degenerative disc disease. The company’s HYDRAFIL™solution is heated and injected into the nucleus of an intervertebral disc.As the HYDRAFIL™ cools it solidifies as a homogenous solid mass between the vertebrae to eliminate pain. Since the implantis a hydrogelthat has mechanical properties similar to the normal disc tissues,it helps restore the natural biomechanics of the disc and improve spinal alignment. With this commitment to developing innovative healthcare products, ReGelTecwill start its clinical trial in Colombia by early 2020 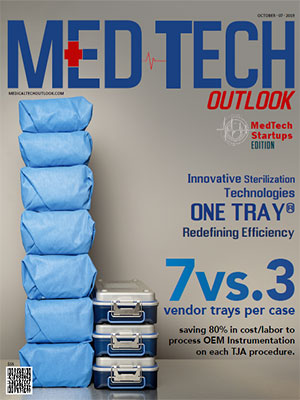